4 Lessons from the Story of Esther and Ruth by Aminata

I am happy to have Aminata Coote write today’s devotional in line with our ongoing Bible Study. She is the author of the New Book Royal: Life lessons from the Book of Esther. A good devotional companion for your teenage girls. Loaded with important descriptions about the role of a Queen and how it relates to young girls. Follow this link to grab your copy.

Today, I want to share four things we can learn from Esther and Ruth in the Bible.

I watched as the young man was sent to the barber. According to the rules of the school, his hair was to be cut a particular way. He knew the rules. It was in the school handbook—a handbook that was read to all the members of the school. And it wasn’t his first year. Half an hour later he was back. His beard was gone and some of the hair on his head, but he was still not compliant. He was sent to the barber a second time.

And this behavior is not limited to males. Females are just as reluctant to follow the rules. Maybe it’s a modern trait, but today it seems as if everyone wants to do their own thing. They don’t want to be told what to do and when they are they treat rules as if they were optional instead of mandatory.

That’s why the stories of Esther and Ruth in the Bible are so refreshing.  These two young women—decades apart—understood the importance of following the rules. And they weren’t grudgingly compliant either. They did what was expected of them because it was the right thing to do. And they did it while maintaining a positive attitude.

Esther obeyed her cousin Mordecai’s instruction to conceal her nationality though the reason didn’t seem to have been provided to her. Mordecai instructed her to keep her identity secret and she obeyed. Later, when she was in the harem, she did as she was told by Hegai. She didn’t allow his station as a eunuch—slave and servant of the king—to influence her behavior. He instructed her and she obeyed. And she did so in such a way she won his favor.

When Naomi told Ruth to go and lay at Boaz’s feet, she obeyed. Though I can imagine that the idea of spending the night alone with an unmarried man was a lot more scandalous then than it is now. But Ruth trusted Naomi and did as she asked without question.

Too often we believe that being humble is for losers. It’s something to be avoided at all costs because doing so degrades the person who humbles themselves. Esther and Ruth show us a different story. They embody humility and esteeming others above themselves. Because they did, everyone who came in contact with them benefited from their influence.

Can you imagine what would have happened to the Jews if Esther had not humbly accepted the suggestions of Hegai the eunuch? Or if Ruth had been haughty when faced with the task of gleaning the sheaves in order for her and Naomi to have enough food to survive?

These two women remind us that God shows favor to the humble (James 4:6). From their example, we learn how to do the same.

Esther and Ruth both displayed a deep loyalty to the people in their lives. Esther remained committed to her foster father Mordecai, while Ruth remained faithful to her mother-in-law Naomi.

Both women remind us that loyalty is sticking with someone in good times and bad. Too often, modern-day commitment means sticking around only as long as things are good. What I love about these two women is that they showed their love for their family through quiet dedication and inspire us to do the same.

4. Willingness to Sacrifice Self

What are you willing to sacrifice and under what circumstances?

These words from Esther and Ruth in the Bible are well-known across Christendom. Both Esther and Ruth expressed their willingness to do what they believed was the right thing regardless of the cost to themselves.

Ruth’s commitment to Naomi exceeded her desire to remain in her homeland among her people. She chose to leave familiarity behind to go to a place where she would be an outsider—someone separated by culture and nationality.

Esther was willing to approach King Ahasuerus though it meant breaking Persian law and possibly facing the king’s displeasure.

There are many things we can learn from Esther and Ruth in the Bible. Some of these are discussed in my Bible study books Royal: Life Lessons from the Book of Esther and Through God’s Eyes: Marriage Lessons for Women.  Both books are currently available for purchase on Amazon.

This devotional is a part of the Ruth Bible Study. Receive Study Devotional Pack Weekly JOIN HERE. If you are reading via email your Week 4 resource has been sent to you already.

How To Struggle Well in the Hard Seasons

The Power of Sister Friends in Hard Season

Hope For The Woman Who Has Lost Her Way

Why Every Woman Should Read The Book Of Ruth

Introduction To The Ruth Bible Study

Aminata Coote is a Christian author and blogger. She is passionate about teaching others how to study the Bible.  She is a wife, mother, author, and follower of Jesus Christ who encourages women to spend time with God and root their identities in Christ so they’ll be able to focus on running the race God has set before them.

She is the author of multiple books including How to Find Your Gratitude Attitude and Through God’s Eyes: Marriage Lessons for Women.

HOW TO STRUGGLE WELL IN THE HARD SEASON

What Ruth teaches us About the Waiting Season

A Personal Retreat for Busy Women

How Godly Character Sustains You In Hard Times

What Ruth teaches us About the Waiting Season

HOW TO STRUGGLE WELL IN THE HARD SEASON

The Power Of Sister Friends In Hard Times

﻿Hope For The One Who Has Lost Her...

Why Every Woman Should Study The Book of...

The Book Of Ruth Bible Study 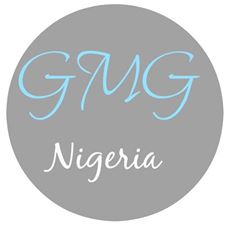